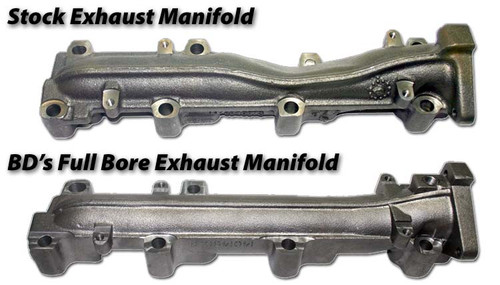 The design of the factory exhaust manifold on the Duramax engine includes a pinch on the side of the manifold to allow clearance of the steering shaft, which is not required on the pickup applications and resaults in a serious decrease in exhauts flow by 80% compared to the Passenger Side Manifold.

This product hasn't received any reviews yet. Be the first to review this product!