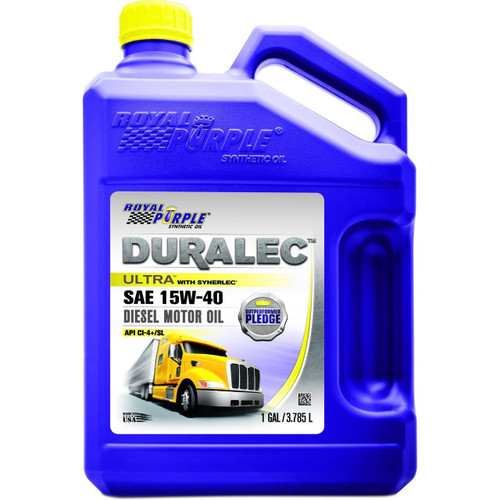 Synerlec creates a tenacious ionic bond with metal surfaces, which protects engines by providing instant wear protection upon startup. This state of the art technology also responds to increased pressure with increased film strength and improves the condition of metal-to-metal contact under severe conditions for greater protection.

Duralec Ultra motor oil is recommended for use in both two-cycle and four-cycle diesel applications including automotive, commercial fleet and stationary industrial diesel engines.

Duralec Ultra Motor Oil is extremely oxidation stable and stands up to the heat that causes oils to thicken, form lacquer and varnish deposits, lose its lubricity and shorten the life of both the oil and the engine.

Duralec Ultra ’s advanced additive technologies protects during normal and severe operation and acts as a preservative oil during shut-down, which provides protection upon initial startup.

• Will Not Harm Seals